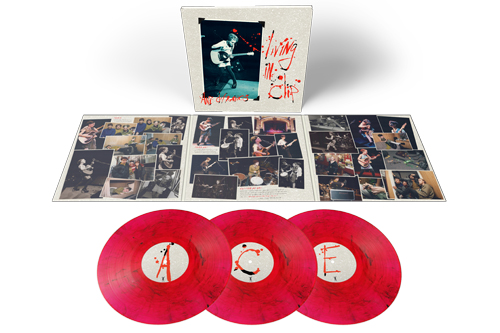 you don’t know when you are making a thing if it is a good thing or a not-so-good thing. you don’t know if it will connect with people and have meaning for them or if it will only have meaning for you, in the end. while i am being creative, i try to worry about my score as little as possible (as judging can get in the way of doing) but after the fact, of course, it all becomes clear. i have come to understand that living in clip connected with a lot of people, that it opened doors for me and radically expanded my audience. it was a record that served as an entry point for so many, into my life and work, and so i am very grateful that i made it. i am grateful to all the people who helped me, especially my man goat. it was an odd move to make- to put out a double live album just as my star was rising and my studio recordings were only just beginning to find distribution, but as with much of my life, some of my oddest moves have been the best ones. i love living in clip because, in all its looseness, it feels accurate. it feels native to the place i come from and the place where i basically still live. i don’t know what that place is called but, starting around the time of this release, i knew i was not alone there. -ani

In celebration of the 25th anniversary of Living in Clip, we are excited to announce Living in Clip 25th Anniversary Edition, a 2022 remaster available on CD, digital download, and for the first time, on 180g heavyweight red smoke triple vinyl with never-before-seen photos of Ani and crew inside the gatefold. Pre-order now for its July 29 release date.

Hear the 2022 remaster of "Napoleon (Northampton, Mass.)" out today wherever you get your music.